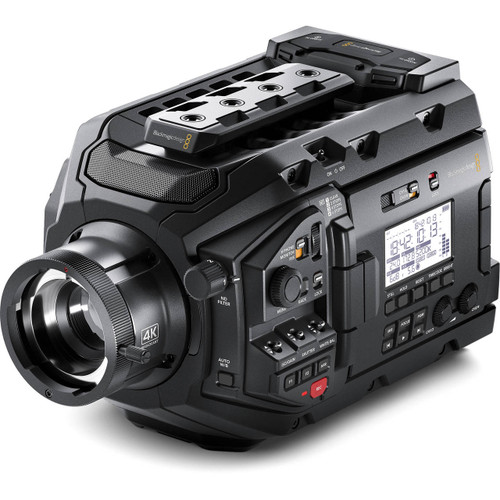 The Blackmagic Design URSA Broadcast Camera is a field and studio production powerhouse. Featuring a native B4 mount for standard 2/3" broadcast lenses means that the URSA Broadcast will be at home on a studio sled behind a box lens just as much as it will be on the shoulder of a news coverage camera operator. The sensor itself features UHD 4K resolution which can facilitate native UHD recording, or downscaled HD recording for productions that don't require the extra resolution. Video can be recorded to UHS-II SD cards or CFast 2.0 cards, with the latter capable of recording raw Cinema DNG files for further flexibility in post-production.