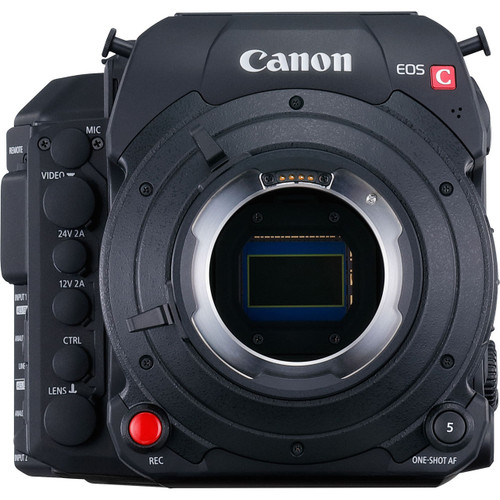 The Canon C700 is capable of 4K recording at 60p to CFast 2.0 cards using the XF-AVC format. Also available are Apple's well-regarded ProRes formats for direct-to-edit workflows. Raw recording is another possibility through Canon's separately available Codex Digital Recorder which simply clips onto the rear of the C700's modular design. While the C700 is a fairly advanced piece of equipment, Canon has implemented a familiar user interface. Most basic functions can be accessed through the six buttons surrounding the screen. More advanced settings can be found using the simple selection dial and set buttons. I/O options for nearly any application can be found on the C700's side panel. Video, audio, control, and power inputs and outputs are available for implementations ranging from ENG-style run-and-gun to high-budget cinema productions.